GGPI merges with Polestar this week. By the time you read this, they might have already merged. I thought it would be a great time to not only dive into Polestar, and whether it can be a potentially good opportunity, but also take a look at the other names and see what is attractive. I define "attractiveness" of course based on valuation, but specifically in the EV space, also execution. After all, we've heard from Elon Musk countless times on how difficult it is to scale production... he's even called out Rivian and Lucid on the path to bankruptcy, lol.

Let's start with Polestar, since that's the upcoming SPAC merger. Aside from the obvious, Polestar is a sub-brand of Volvo, which is now 100% owned by the Geely Holding Group – who previously bought the brand from Ford. Although Geely Holdings is a Chinese company, the brand itself is Swedish. However, as you probably guessed, the production takes place in their Chengdu, China factory. At the moment, they have two production models, the Polestar 1 and 2. Very original, I know (lol). But, they've also disclosed plans on SUV versions 3 and 4, and even a premium flagship of the Polestar 5 (which looks good imo). The looks otherwise, are meh.

Of course, Tesla. But, there's a bunch of others who I looked at – and I'll analyze each of them side by side – namely, Lucid, Rivian, and even Chinese peers Nio and Xpeng. You'll understand why I separated China in a bit. Hint: these guys are killing it. Rather than deep into competitor, I think it's just worth it to look at their cars (way more fun).

Peter Rawlinson joined the Lucid Motors team as CTO in 2013. In 2019, he became the CEO of the company. Before that, Rawlinson was the Model S chief engineer under Elon Musk. It's safe to say the Lucid cars look way better than Tesla, and arguably better tech. But, that doesn't mean they'll win this race – because, as I said, there's a lot more to scaling EVs. Their only production model, right now, is the Lucid Air – which is a luxury model. They'll be dropping the Lucid Gravity SUV. Although a American headquartered in the US – with its gigafactory in Casa Grande, Arizona — it's noteworthy that Saudi Arabia's Public Investment Fund (PIF) holds a 61% stake in Lucid. That's also why the company is constructing a factory in Saudi Arabia to serve the local market there. I believe there won't be any shortage of demand. But, as always, the problem is supply and production.

I've talked about Rivian extensively in a previous post, so check it out. But, since then their experiencing scaling issues and had to chop guidance for vehicle deliveries this year by 50%; which proves my point, in terms of production scalability.

Nio is doing really well in China. They are scaling fast. And, for once, I think China is actually not copying technology but innovating (lol). Nio has 6 models now, but the majority of sales are from their ES6. Nio sales were down YoY in April, but picked up growth in May. This is due to self-inflicted COVID lockdowns in China. Not only is its supply chain located there, but also majority of sales. I find their battery swapping service (BaaS) very interesting, and curious to see if it works. Tesla had tried this, but concluded it wasn't something viable. Personally, as a consumer, the thought of just swapping batteries (the most expensive part) seems pretty attractive from a maintenance perspective. Is it as scalable, though?

Finally, another very successful Chinese peer is Xpeng. They started much smaller than Nio, but has caught up in terms of deliveries. Their P5 and P7 models are leading the way with their good looks. What's even more impressive is that they are working on a flying car for delivery by 2024 (lol). We'll just ignore that for now. But, it looks like it'll have a driving mode and a flying mode. I'm intrigued.

As a reminder, all valuation sheets are available to premium members of The Hawk Letter and Discord. I highly recommend you join, to make your own assumptions and investment thesis :)

If you're not seeing the valuation spreadsheet then just watch on YouTube (above) as that'd be much easier to follow from here.

Revenues - from a CAGR perspective, Polestar, Lucid and Rivian have the highest upside. But, they also have the highest execution risk. They have a lot of proving to do, in my books – with Polestar having the lowest imo, since they've produced 30,000 vehicles in 2021. They're a clear winner between the newbies. But, I like Rivian too, because of its Amazon partnership. Tesla, though presenting the lowest upside growth rate, is miles ahead these competitors.

Deliveries – This is highly correlated to revenues, but really important to look at since it shows the manufacturing challenges. For example, Lucid and Rivian both cut their original 2021 guidance by 40 and 50% respectively. Nio is clearly having some challenges as well. With Polestar, unfortunately, it's too early to tell... which is a huge risk in entering the stock here.

Margins – Tesla is the obvious winner here, and lowest risk bet. What they've accomplished is insane, and that would be the goal for any of these newer players like Polestar. Who's closest to achieving that though? It's clearly China. Nio and Xpeng are bleeding the least. I believe Polestar's guidance for net income is way too optimistic, and that's why I wouldn't buy here. I don't believe they can achieve Tesla-like margins by 2024. I'm willing to bet on that.

Valuation – From a valuation perspective, I'd expect Tesla to be the most expensive, given there's still significant upside and low risk. However Polestar, Lucid, and Rivian are all more expensive because of the growth priced in. However, like I said, you're taking on huge execution risk... which is why it doesn't make sense for me, personally. Nio and Xpeng, yes, they are Chinese names – so it's almost impossible to give the same valuation. But, this is clear to see why China is potentially very attractive now.

If you were able to read me throughout this, then you probably know where I stand. If not, let me give you the quick summary.

Tesla is the undeniable king. Insane margins, lowest risk. Yes, it has a high valuation when comparing to traditional ICE manufacturers. But, to be investing in any EV pureplay, you have to be seeing these as tech.

Because, legacy players like Ford are on their way to producing 100k vehicles a year with goals of 600k by 2023. So, although, that's no Tesla, look at the valuation. We're talking a 4x P/E. But, they are also fighting against loss of market share in ICE vehicles. Nonetheless, if we value their EV sales separately, and give it a NIO market cap, that means the rest of the Ford business is only 10bn in market cap or 25% of their current $40bn – which is laughable. Yes, I do own Ford stock.

In any case, if I were to go in a pureplay (that's not Tesla) it would be in China, for a larger upside. Between Nio and Xpeng... that's a tough call. I would probably allocate to both to be safe. Nio's wild card is the BaaS, whereas Xpeng's is the flying car (lol).

But, there's another monster player, that is arguably giving Tesla a run for it's money – BYD. This is a Buffet-backed company, and are doing massive things when it comes to EV deliveries and vertical integration. I wouldn't really say Tesla has much competitors, but BYD is a threat. It's clear that China is ahead in this area. They're working double shifts in their factories, meanwhile we are unionizing.... so, I mean, I personally would hedge my Ford bet with China. But, let's talk about BYD separately maybe in the next Letter.

I hope this was useful, and hope to see you in the next one! Don't forget to subscribe! 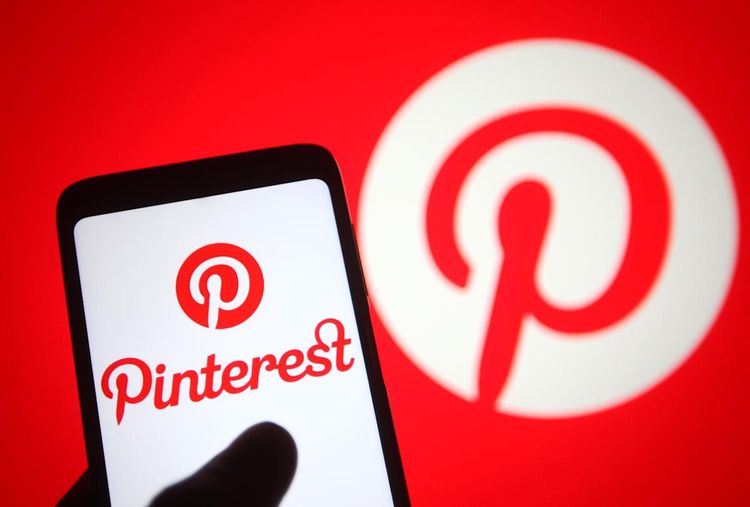 PINS Stock Earnings 📌 Is Pinterest A Good Stock To Buy? 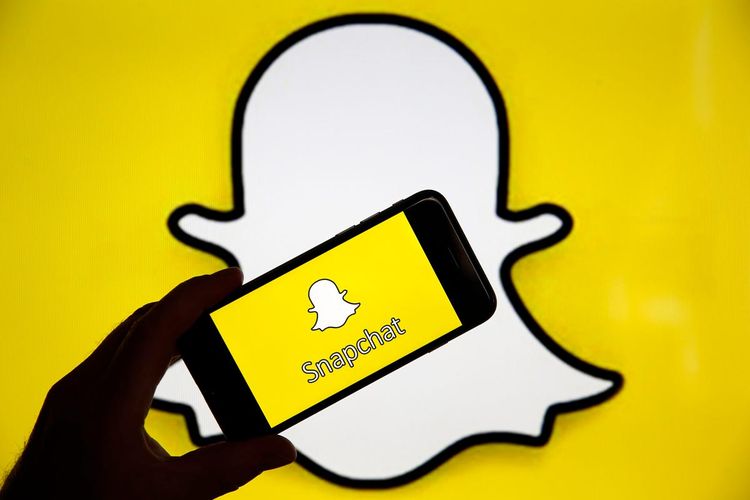 Is SNAP a buy or is it dead? 👻 Snapchat Stock Analysis

The CHIPS Act just passed in the US Senate, which was a big hurdle to the US semiconductor industry and the global chip shortage as a whole. Let's talk about why this is important? Who benefits? And, of course, which stocks to buy.
Jul 21, 2022
5 min read
Jul
17 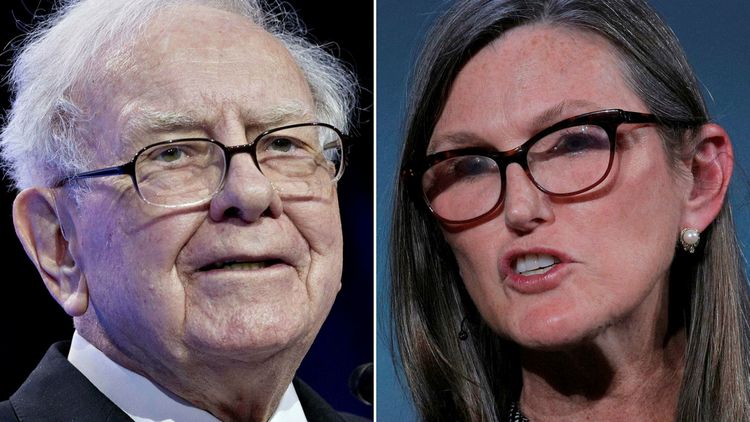 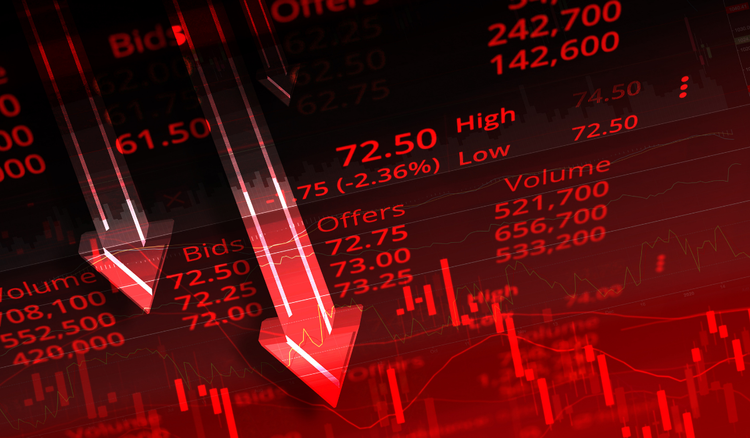 What kind of recession should we brace for? Ultimately, this will answer the question as to whether you stay invested.
Jul 4, 2022
8 min read